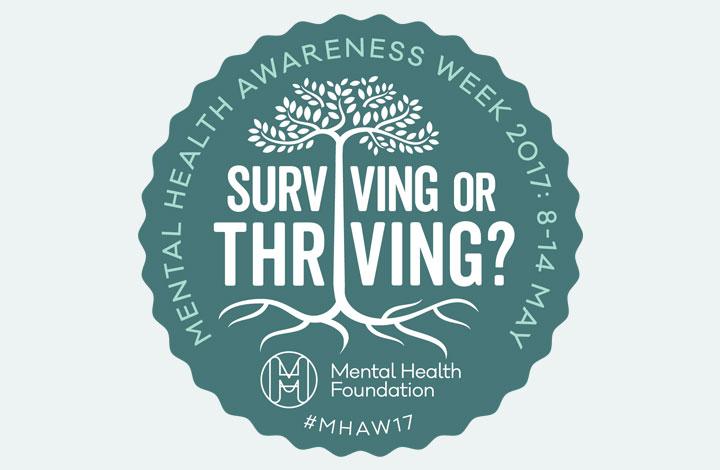 It’s a well known fact that a problem shared is a problem halved, right? But when you’re feeling down or worried sometimes talking about your feelings can seem too hard. For some people it could be easier to bury these feelings and try and carry on regardless, or for others admitting how they truly felt would seem a sign of weakness.

As you may know it’s Mental Health Awareness week in the UK, so this year I’ve decided to write about the power of conversation, and why you don’t have to deal with everything on your own.

Talking to others about their feelings is something men can be particularly bad at, especially when it comes to any concerns about their physical or mental health. To quote the columnist and campaigner Bryony Gordon in her recent article “Women are encouraged to talk about their problems. Men just have football.” Prince Harry was recently praised for his honesty in talking about his mental health – something which will hopefully change the stereotypical view that British men should have a ‘stiff upper lip’ and not show any sign of emotion.

This gender divide has led to inequality in mental health. In 2016, 3 times more men committed suicide than women. Suicide takes more lives of men under the age of 45 than accidents or disease.

Why is it that men are more at risk of suicide than women, when more women are diagnosed with a common mental illness? One explanation is that men aren’t as good at accessing healthcare as women – for example in the first 3 quarters of 2015, only 36% of those who accessed Improving Access to Psychological Therapy (IAPT) services were male*. Men are also less willing to let others know if they have a problem, with one survey finding that only a quarter of men said they had disclosed a mental health problem to a friend within a month, compared to a third of women. Almost 30% of men said they never tried to access help for their last mental health problem, compared to just under 20% of women **.

Accessing the correct care early is vital in the successful treatment of mental illness. For most common mental illnesses, talking therapies are used as a form of treatment (possibly in conjunction with medication). These include Cognitive Behavioural Therapy (CBT), Psychotherapy, Dialectic Behaviour Therapy, or Counselling – just to name a few. Having the opportunity to talk about thoughts and behaviours with a trained professional can give you the space to work out the cause of your worry or identify any patterns in your thinking which contribute to negative feelings. Therapies such as CBT also try to change behaviours using set goals agreed between the patient and professional which can lead to an improvement in mental wellbeing.

This evidence shows that the culture has to change. Why should it be taboo for men to speak about their feelings in the pub with their mates, as I do with my girlfriends over dinner? Anyone should feel like they have someone to talk to about their problems, even if that person is a healthcare professional – they’re there to help.