Hi everyone, I’m back after a bit of a break – will try and get back in the routine of regular posts!

This week’s post is something I’ve been wanted to blog about for ages: the Placebo effect. This is well known, having been the subject of films, TV documentaries, and a televised experiment by Derren Brown. When you think of placebos, I bet the majority of you imagine a sugar pill, which when taken, helps reduce negative symptoms.  However, there is far more to placebos than this, and their existence can cause some problems when developing effective new treatments.

So to start off, what is a placebo? A placebo can be considered any substance, (a sugar pill, water, injection of saline solution) which normally has no medical effect on the body, although when disguised as a plausible treatment, causes a very real response.

This seems to point to an explanation for the placebo effect – our expectations. We think taking a tablet will get rid of our headache, and so it does, whether or not that tablet actually includes any active ingredients. This could be due to classical conditioning: that the act of taking a pill has been linked with the lessening of pain, and so taking a sugar pill results in the conditioned response of pain reducing (Stockhorst et al 2000). Placebos can have a similar affect on the brain as taking the real medication, for example Fuente-Fernández et al (2001) investigated it with patient with Parkinson’s disease, and found that taking a placebo caused a similar amount of dopamine to be released as L-Dopa – the drug used to manage symptoms of PD by increasing the amount of dopamine in the brain.

As I mentioned earlier, the existence of the placebo effect has a large impact on clinical trials investigating the effectiveness of new medicines. For example, say you have invented a new drug which could be used to treat anxiety, and have just begun trialling it on human participants. How do you know that any reported improvements in symptoms are due to the active ingredients in the drug, and not simply that taking the drug has caused an improvement via the placebo effect?

Fortunately, you can get around this problem by carefully designing your study. Most studies have a control group who don’t receive any treatment, whilst those in the intervention group do. However, to rule out the placebo effect, there needs to be an active control group, who receive exactly the same intervention apart from the drug they are actually given is a placebo. That way if there is an improvement in the active control group it can be attributed to the placebo effect. For the drug to be considered effective, participants in the intervention group should have a larger improvement, and this different can be attributed to the active ingredient in the drug. 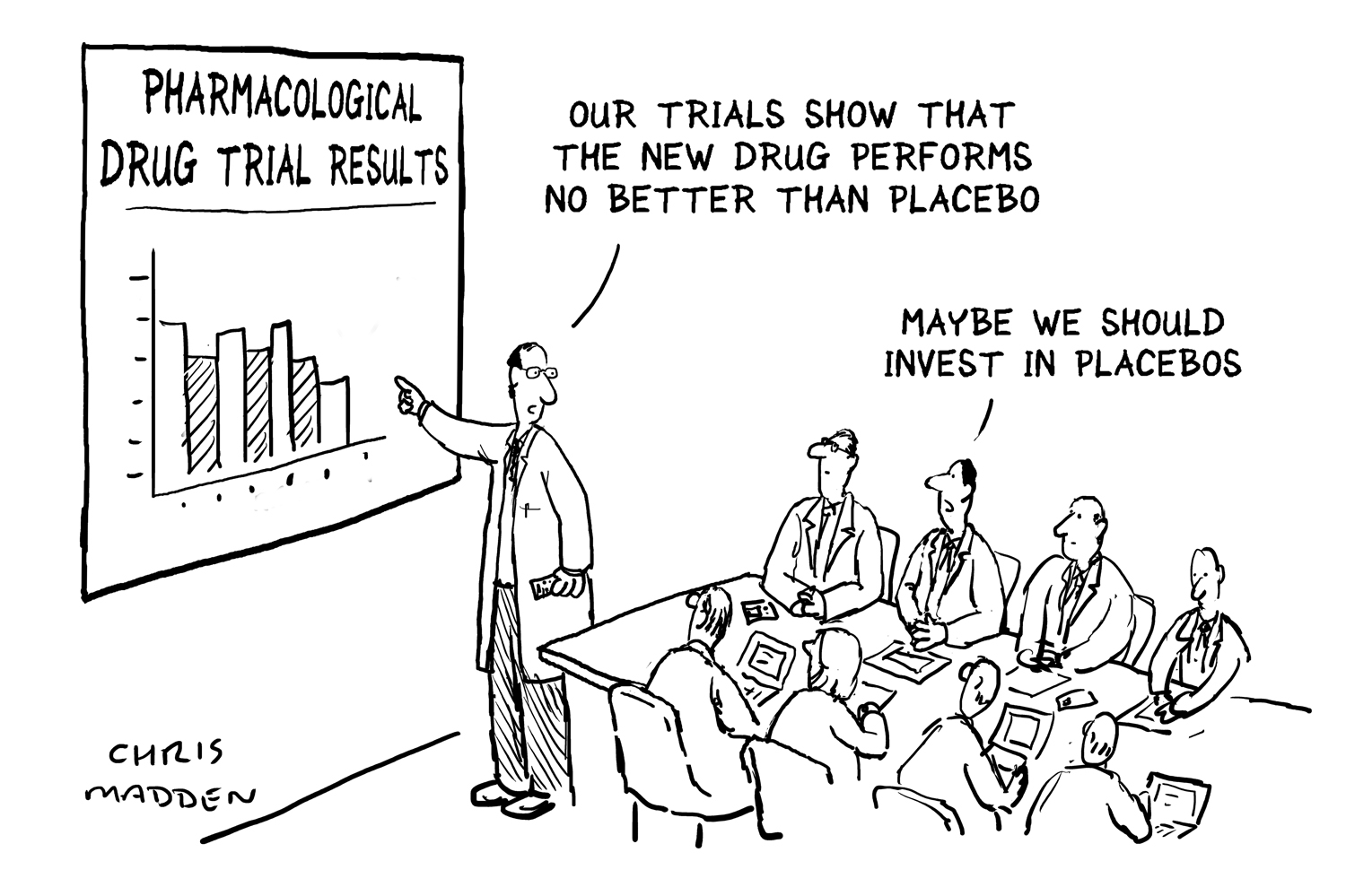 As well as affecting drug trials, the placebo effect can also affect studies into psychological treatments, and here is it much more difficult to control for. Boot et al (2013) recommend that an active control group isn’t enough, you really need to try to make participants’ expectations the same in both the intervention and the control groups. As you can imagine, this is a lot more difficult for psychological interventions as it is a lot harder to hide what kind of treatment each group are getting.

Although this makes research more complicated, setting up studies with adequate controls are needed for us to be able to take proper conclusions from them.. or we could be spending a lot of time and effort to design something which doesn’t have any special effects at all!

0 thoughts on “The Placebo Effect”