This blog post was inspired by the recent London Marathon, who’s official charity was Head’s Together (a charity set up by the Duke and Duchess of Cambridge and Prince Harry, which aims to reduce the stigma of mental illness) making it the first mental health marathon.

As well as raising millions of pounds for charities which work to improve our mental health, the physical act of training for and running the marathon can also provide a boost to our mental health.

That high you get after going for a run, dancing with your friends or a hard gym session? It’s caused by an increase in endorphins, a neurotransmitter released by the pituitary gland which have been shown to act as a painkiller, and improve your mood. 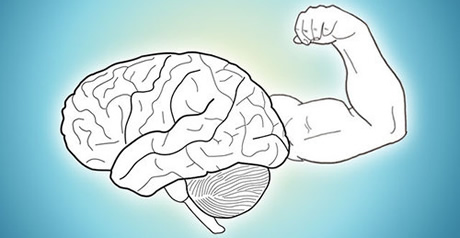 Exercise has been found to have benefits for people suffering from different types of mental illness, from depression (Balchin et al, 2016), bipolar disorder (Ng et al, 2007) and schizophrenia (Gorczynski & Faulkner, 2010). Other studies have suggested that exercise could also help protect people from neurodegenerative conditions which can affect us as we get older, such as Alzheimer’s or Parkinson’s disease, as well as improving symptoms and quality of life for people with these conditions (Deslandes et al, 2009). This could be because exercise stimulates blood flow in the brain as well as improving overall fitness. Increased levels of exercise in older adults has been linked to have several positive outcomes, including improved mental health and social integration (Chodzko-Zajko et al, 2009).

Exercise can also help to improve mood in sedentary (but otherwise healthy) participants. One study in Turkey (Taspinar et al, 2014) compared participants who took part in either a Hatha yoga or a Resistance workout program where they trained for an average of 50 minutes, 3 times a week for 7 weeks, to participants who did no extra exercise. The researchers found that participants in the exercise groups showed improved quality of life, body image, self-esteem and lower symptoms of depression after taking part. Participants in the control group showed no change. Yoga was better for improving symptoms of tiredness and depression, and self-esteem, whilst resistance training led to higher improvements in body image perception. This study also shows that it doesn’t matter what type of exercise you do to get the benefits – although it probably helps to find one you enjoy as it means you’re more likely to continue. In case you’re still not convinced, this graphic summarises the 5 main ways exercise can improve your mood: 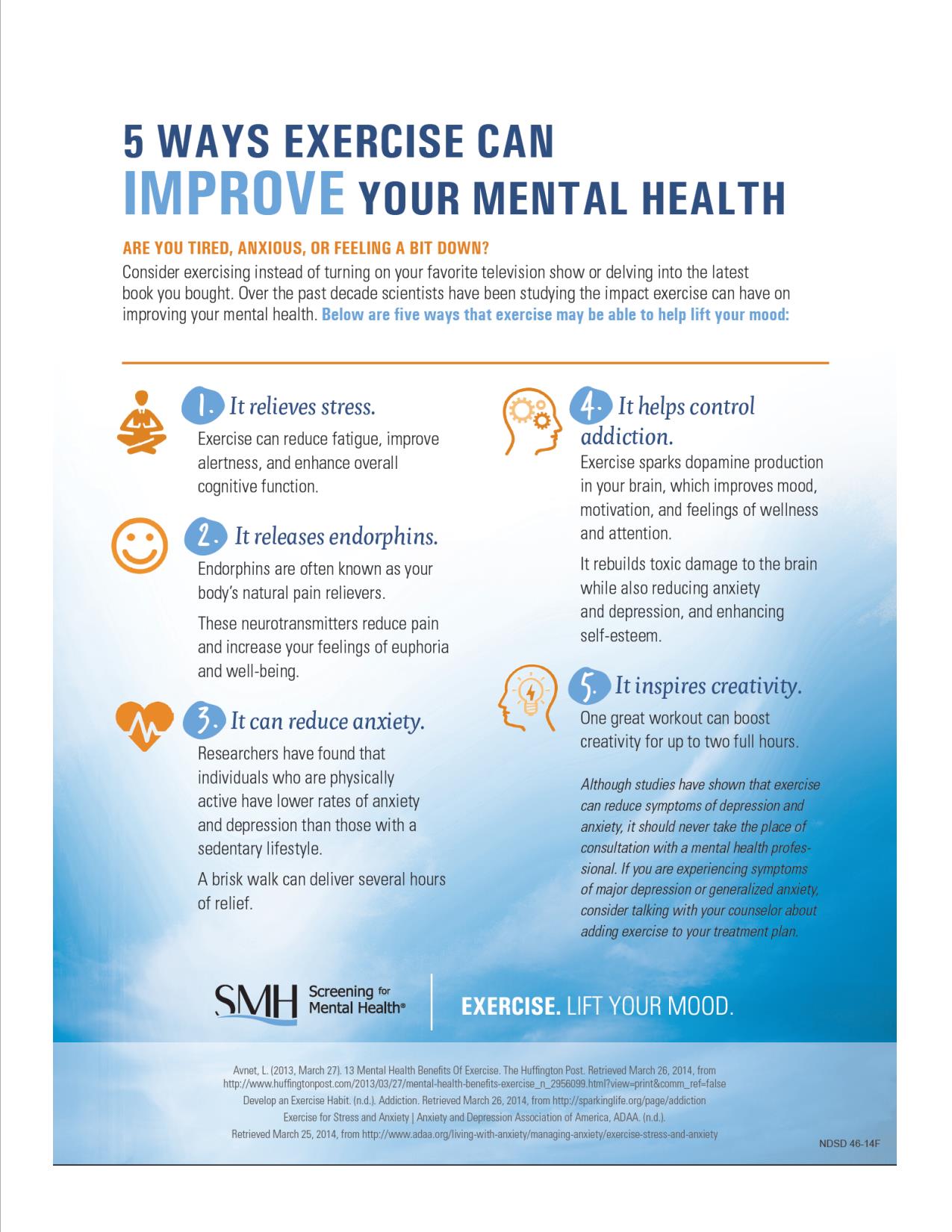 However it is important to note that if you are suffering from a mental illness, exercise on its own may not be enough. For some people, it may be hard enough to get out of bed in the morning, to them going for a run would be completely unrealistic. This is why exercise can be so effective in conjunction with other therapies, be it medication or talking therapies like CBT. Once symptoms have started to improve, then incorporating exercise could be a good way to manage your mood.

So next time you’re feeling worried about an exam, stressed about a deadline or feeling lacking in motivation why not try going for a walk or a dance class? You might get hooked on a new hobby which can do much more than just improve your fitness.

0 thoughts on “Exercise and Mental Health”