Today’s Brainteaser is a quick into into an important topic in perceptual psychology – how we see colour.

The light which reflects off objects into our eyes is made from a variety of different wavelengths, which are interpreted by cells in our eyes and brain. This is fine in daylight, but when the light fades, our brains have to make judgements about the colour represented by these wavelengths.

For example, take a look at this image below of two cubes shown under different wavelengths of light: 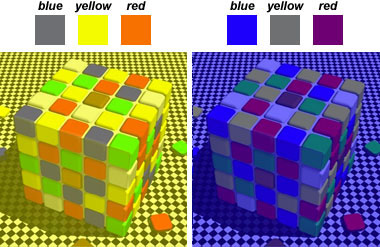 As you can see, the colours of the squares look very different to each other in the left and right pictures. However, despite this, we still know that the top left had corner square is blue. This is due to calculations carried out in our visual cortex.

This process is much more difficult if contextual cues are removed, for example in the image shown below: 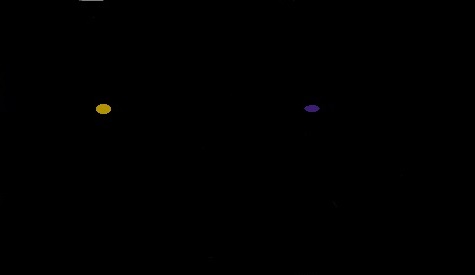 This is exactly the same image as the one above, and I’ve coloured in all but one patch of the same square. So these two dots are actually the same colour, but with the context removed, we see them as different.

Hope you’ve enjoyed this brainteaser, which links in nicely with a debate about a certain dress which took place last year! If you want this explained by science, then check out the video below!